Jeffrey Lynn Goldblum was born on October 22, 1952. As an actor, he won the hearts of many fans in the popular “Jurassic Park” film series and the “Independence Day” movies, which were major contributors to his overall estimated net worth of $42 million.

Throughout his career, he has appeared in a number of films, television series, and Broadway productions that have resulted in nominations for many awards. He has even won a few awards for his acting skills.

On top of his acting career, Goldblum has also played the role of director and musician. He directed a short film, “Little Surprises” which earned him a nomination for an Academy Award for Best Live Action Short Film in 1996.

He plays jazz piano, and he was featured in the Broadway musical “Two Gentlemen of Verona,” which won a Tony Award for Best Musical.

Although he is best known for his film career, he has also had key roles in a few television series, specifically his appearance as Zack Nichols in seasons eight and nine of “Law & Order: Criminal Intent.”

All this begs the question: How have these projects and other work contributed to Jeff Goldblum’s net worth of $42 million?

Jeff Goldblum’s family immigrated to the United States from Austria and Russia. He was born in the Pittsburgh suburb of West Homestead.

His father, Harold Leonard Goldblum, was a major in the U.S. Army in World War II and also a medical doctor.

His mother, Shirley Jan Goldblum, also led a busy professional life. In Jeff’s early years, she was a well-known radio broadcaster. Later on, she left the air and ran a successful kitchen appliances and equipment sales firm.

Goldblum was raised alongside his siblings Pamela, Lee, and Rick. However, Rick passed away at an early age due to kidney failure.

The family was raised in the Jewish faith, and they attended an Orthodox synagogue where Goldblum received his bar mitzvah.

Even though neither one of his parents was in television or cinema, they both shared an interest in show business. In fact, Goldblum’s father had entertained studying acting at school for a time before he decided to follow his medical career.

Following the ambitions of his parents, Goldblum moved to New York City when he became an actor at just 17. Once there, he began working on the stage under the guidance of his acting coach Sanford Meisner. He also studied acting at the Neighborhood Playhouse.

Many people don’t realize that it wasn’t his cinema career that gave Jeff the opportunity to debut his acting talents. In fact, his debut performance was in the Tony Award-winning musical “Two Gentlemen of Verona.”

Goldblum is also an accomplished jazz pianist, and he has said on many occasions that if he hadn’t caught the acting bug while performing in “Two Gentlemen of Verona,” he would have pursued a career as a musician.

>> What Is Charlie Sheen’s Net Worth?

When most people see Jeff Goldblum, they think of his most popular movie roles.

However, his career in films started long before these roles. His first movie was back in 1974 when he played the role of Freak #1 on “Death Wish.” His roles slowly grew bigger as he featured in ever more movies.

In 1981, he was nominated for a Genie Award for Best Performance by a Foreign Actor for his role as Aldo Gehring in “Threshold.” Even though he didn’t win, he went on to win many other awards for his roles in films, and he received even more nominations.

The following provides an overview of the awards that he won and was nominated for in his film career:

Back in 1986, Goldblum won the Saturn Award for Best Actor for his role as Seth Brundle in “The Fly.”

Each of the nominations he has received has helped increase his profile, which has also helped him get more roles and thus increase his overall net worth.

Although his main career has been in acting, he has shown his skills in various other aspects of the film industry.

Goldblum has directed and produced a few different films. His credits behind the camera include movies such as “Pittsburgh” and “Perfume” and the short film “Little Surprises.”

>> How Wealthy Is John Krasinski?

Although Goldblum never starred in his own television show, he has appeared on a variety of shows in supporting roles over the last four decades.

His first television role was that of Protector in a “Columbo” episode titled “A Case of Immunity.” The episode aired in 1975.

His longest-standing appearance on television was on the crime drama “Law & Order: Criminal Intent.” In this series, he played Detective Zack Nichols. He held the role for a total of 24 episodes during the show’s eighth and ninth seasons.

Between 1993 and 1997, Goldblum was asked to host two different episodes of the popular television skit show “Saturday Night Live.”

He doesn’t mind appearing in adult cartoons as a voice actor, either. He has voice acted in a number of shows, including “The Simpsons” and “King of the Hill.”

In addition to television series, he has appeared in several television films throughout the years. His first was “The Legend of Sleepy Hollow” in 1980 in which he played the role of Ichabod Crane.

His most recent television film as of this writing, “Tour de Pharmacy,” aired in 2017. In the movie, which spoofed the world of professional cycling, Goldblum played the role of Marty Hass, an American-born Nigerian cyclist.

>> What Is Ben Affleck’s Net Worth?

Live theater was the place where Jeff Goldblum got his start.

He has performed on stage in Broadway theaters as well as on stages in London; Recklinghausen, Germany; and his hometown of Pittsburgh. His latest appearance on Broadway was in 2012 when he appeared in the play “Seminar.”

Some of the other plays that he has appeared in throughout his theater career include the following:

In November of 2018, Goldblum released the jazz studio album “The Capitol Studio Sessions.” The album features Goldblum, the Mildred Snitzer Orchestra, and guest performers like Imelda May and Sarah Silverman.

Goldblum has also worked as a voice actor for various video game titles. He voiced his character of Dr. Ian Malcolm in the games “Chaos Island: The Lost World” and “Jurassic World Evolution.”

He also voiced David Levinson in the video game “Independence Day.” He was the voice of Count Dracula in the title “Goosebumps: Escape from Horrorland.”

He also voiced the character of Nero in the game “Call of Duty: Black Ops III.”

>> How Rich Is Russell Crowe?

So far, Goldblum has had three wives. In 1980, he married his first wife, Patricia Gaul. They both appeared in the movie “Silverado.” In 1986, he and Gaul divorced.

His second marriage, to actress Geena Davis, lasted from 1987 to 1990. He first met Davis when he co-starred with her on the film “Transylvania 6-5000.” The two also co-starred on “The Fly.” During their marriage, the two actors co-starred in the film “Earth Girls Are Easy.”

After his marriage to Davis ended, Goldblum remained single for over a decade. During this time, he remained focused on his career. 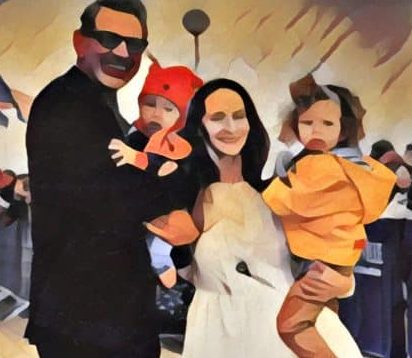 Less than a year after their marriage, Goldblum announced to the world, on the “Late Show with David Letterman,” that he and Livingston were expecting their first child.

Charlie Ocean was born on July 4, 2015. After two years, Jeff announced that Livingston was pregnant again. Their second child, River Joe, was born on April 7, 2017.

All in all, Jeff Goldblum has had a very profitable acting career with successful roles in television, movies, and live theater.

His various activities in the entertainment industry have helped build up his net worth of $42 million, which seems like a fair amount for an actor who has been delighting audiences for more than 40 years.

>> What Is Chris Tucker’s Net Worth?

>> How Did This Fight Commentator Get So Rich?

>> What Is Camila Cabello’s Net Worth?