For several years in the late ’90s to mid ’00s, Russell Crowe seemed to be in every hit movie, and getting nominated for awards for most of them.

Since then, he has slowed down his pace, but still has movie star cred, appearing in one or two movies a year. The actor and singer commands a net worth estimated at $95 million.

Russell Crowe Early Life Down Under

Russell Ira Crowe was born in New Zealand on April 7, 1964. His family moved to Sydney, Australia, when he was 4.

Cinema seems to run through his veins, as both of his parents were caterers for film sets and his maternal grandfather was a cinematographer.

His mother’s godfather was the producer for Australian TV series “Spyforce,”where his parents worked on set. This led to Crowe’s first speaking role in front of a camera when he was 5-6 years old. He also landed a small role in the TV series “Young Doctors” when he was 13.

His family moved back to New Zealand when Crowe was 14, and he left school at age 16 to become an actor.

He returned to Australia when he was 21 to attend the National Institute of Dramatic Art, but like many others who later end up accumulating a substantial net worth, he decided to attend the school of hard knocks instead.

This included a stint in “The Rocky Horror Picture Show,” months spent busking on the streets, and then small roles on stage, film, and television.

All that sweat and tears paid off later on when Crowe got his break in a series of blockbuster movies, including perhaps his most iconic role in “Gladiator“.

>> Denzel Washington Has A 9-Figure Fortune!

Crowe became a successful actor in Australia in the early ’90s and then set his sights on the U.S. In 1995, he starred in “The Quick and the Dead” alongside Sharon Stone and Gene Hackman (and a young Leonardo DiCaprio), and in 1997 in “L.A. Confidential” with Kevin Spacey, Kim Basinger, Guy Pearce, Danny DeVito, and James Cromwell.

In 1999, Michael Mann’s “The Insider,” where he starred alongside Al Pacino and Christopher Plummer, solidified Crowe’s place in Hollywood, and gave him his first Academy Award nomination. But it was the following year’s blockbuster “Gladiator” that launched him into the stratosphere.

“Gladiator,” the story of a Roman general stripped of his rank and forced to become a gladiator, was an international hit.

The movie Gladiator earned Crowe a $5 million paycheck, a loyal fan base, and an Oscar Award for Best Actor.

The next year saw him in a totally different role, as mathematician John Nash in “A Beautiful Mind.” He was reported to have earned $10 million for the film, and it gave him his third Academy Award nomination in three years.

Crowe also won BAFTA, SAG, and Golden Globe awards for his performance in the movie “A Beautiful Mind.”

Crowe continued to act alongside other stars in popular movies throughout the 2000s, including Ridley Scott’s “RobinHood” with Cate Blanchett in in 2010.

Undoubtedly, the $15 million he earned for that role helped increase his net worth. In 2012, Crowe’s life as a musician and life as a movie star came together in his role as Inspector Javert in “Les Miserables.”

>> How Much Is Corey Feldman Worth? 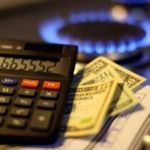 This Crowe Can Sing

Not many people realized Russell Crowe could sing, but the truth is that he’s been in a band since the 1980s. Under the name “Russ Le Roq,” Crowe formed the band Roman Antix (and that was WELL before he played a gladiator) back in his late teens/early 20s and released the song “I Want to Be Like Marlon Brando.”

The band was renamed 30 Odd Foot of Grunts (TOFOG) in 1992, with Crowe on guitar and lead vocals. They played on “The Tonight Show with Jay Leno” that same year.

TOFOG released a handful of records and played venues from London to Los Angeles to Austin, Texas. Austin became a favored venue, with the band recording a series of live shows at Stubbs Bar-B-Que and producing them as a CD.

In 2001, the band kicked off a sold-out concert tour at Stubbs; it wrapped up at The Stone Pony in Asbury Park, New Jersey.

Since then, Crowe has performed with the band The Ordinary Fear of God in sold-out concerts and collaborated with other musicians, most notably Alan Doyle of Great Big Sea.

One of the more bizarre aspects of Russell Crowe’s fame led to a contact one day from the FBI, who informed that a kidnapping threat had been made against him as well as public figures in general.

He describes how one day the Federal Bureau of Investigation showed up and told him they would be shadowing him, which they did for over a year.

Russell Crowe and his wife, Danielle Spenser, officially divorced in April 2018, although they had separated in 2012. The two met while filming “The Crossing” in 1990 and, after a rollercoaster relationship, got married in 2003.

They have two sons together: Charles, born in 2003, and Tennyson in 2006. They owned houses in both Sydney and North Queensland, and Crowe has nearly 800 acres of property in New South Wales.

Crowe very publicly sold off many of his film mementos at a Sotheby’s auction three days before he announced the divorce was final.

Designated his “Art of Divorce” auction, the sale netted him approximately $3.7 million.

>> Gwen Stefani’s Net Worth Is Massive

How to Build a Russell Crowe Net Worth

Russell Crowe’s recent role as Roger Ailes in a seven-part miniseries on Showtime shows that the star is willing to take on a range of roles. Diversity is key to his acting skill, just as diversity should be key to your investing style.

If you not sure how to get started building your own net worth, it’s easier than ever these days to get on the investing ladder.

Companies like Betterment and Ellevest are designed for beginner investors who don’t want the headache of trying to figure out how to invest their money but would rather rely on experts.

Both of these roboadvisors rely on automated algorithms to invest your money based on Nobel prize winning research, and if you do have questions human experts are available too.

Another approach is simply to save as you spend. Acorns is an app that rounds up your purchases to the nearest dollar and invests the difference so when a rainy day comes you have a nest-egg to dip into and can even build up a nice retirement account too.

You don’t need to be a Hollywood star like Russell Crowe to grow your net worth. All you need to do is commit to a few easy ways to save money and you might be surprised at how much you can save over time.

>> How Did John Krasinski Get So Rich?