He is best recognized as the host of a YouTube show ‘Louder with Crowder’, which is dedicated to political and pop culture commentary.

He previously contributed to the Fox News Channel and has often appeared as a guest on The Blaze. But who is this political commentator and what is Steven Crowder’s net worth?

Steven Crowder was born on July 7, 1987 in the US state of Michigan, but raised in Quebec, Canada. He holds dual American-Canadian Citizenship.

Crowder came into the limelight at the age of 12 when he was awarded the coveted role of voicing the character for Alan “The Brain” in the animated children’s show “Arthur.”

Inspired by “Just for Laughs” Comedy Festival, he began performing stand-up comedy at 17. There he was working as a manual laborer.

He also acted in a few films, the most prominent of them being the 2009 movie “To Save a Life”, in which he played Doug Moore.

From these acting and comedy gigs, money flowed and currently Steven Crowder’s net worth is estimated to be around $4,000,000.

>> How Rich is Milo Yiannopoulos?

Steven carved out a niche for himself in conservative subculture ever since he began regularly posting satirical videos on politically conservative media. Pajamas Media and Andrew Breitbart’s Big Hollywood are the most prominent examples.

Crowder was the master of ceremonies at the 2011 Conservative Political Action Conference (CPAC).

In October 2012, Crowder made another video for YouTube, in which he is seen parodying Lena Dunham’s ad endorsing Barack Obama. This video found mention in the conservative magazine The American Spectator.

In 2016, Crowder made a short video for the conservative website PragerU, where he equates democratic socialism with Marxism.

Crowder was punched in the face by a union member several times. It continued to hog the limelight in conservative media, with Fox News describing it as evidence of “union thuggery.”

On the Fox and Friends talk show, anchor Steve Doocy wondered what his colleague had done “that so provoked the Left.”

Crowder posted an edited video of the incident on his YouTube channel. But an extended version of the video revealed that the videos posted by Crowder had been abridged, removing the footage of the alleged assailant being pushed to the ground prior to their throwing a punch in return.

A Michigan county prosecutor refused to press charges against anyone involved in the altercation, determining that the full video showed that the union member acted in self-defense.

>> How Rich Is Tim Ferriss?

Investing in stocks has always been great way to grow your wealth in the long run.

However, if you really want to earn more bang for your buck, it pays to invest in stocks that also pay out fat, consistent dividends. In fact, here are five of the top dividend stocks you may want to consider this year.

Crowder uploaded videos on his YouTube channel until he was picked up by PJ Media in 2009. It was in the same year that he was hired by Fox News.

He continued to work with the company till 2013. During that time, he appeared on Hannity and Cavuto and also wrote a semi-regular column on Foxnews.com on topics like the benefits of abstinence and his own pre-marital virginity.

He was fired for criticizing Fox in general and Hannity in particular for getting “bulldozed like a child” on a radio interview.

Subsequent to his firing, Crowder kicked off a career as a public speaker, reportedly charging $3,000-$5,000 per visit.

>> How Much Money Does Gary Vaynerchuk Earn?

In June 2019, Crowder’s YouTube videos were investigated and demonetized over his repetitive usage of racist and homophobic slurs to describe Carlos Maza, a gay journalist working at Vox.

The channel was not suspended, with YouTube saying “the videos did not violate our Community Guidelines“, but going on to say at the same time that it would block Crowder from making any money on videos he uploaded on the site.

YouTube, a subsidiary of tech giant Alphabet, claimed Crowder had engaged in “continued egregious actions that have harmed the broader community,” though the company stopped short of banning Crowder and deleting his videos entirely, a demand made by a lot of progressive groups and journalists.

Crowder called the situation a brewing “Adpocalypse.” “It’s not a win,” he continued, “because their goal is to completely get rid of people. We’re at a point in time right now where people can still have a voice, but a lot of people are going to lose their ability to earn revenue.”

How Steven Crowder
Got Started In Comedy

Crowder got interested in stand-up comedy while working as a manual laborer for the “Just for Laughs” Comedy Festival.

He approached a well-known comedian and received some good advice about how to get started in the business.

At the age of 18, Steven returned to the ‘Just for Laughs’ as the youngest comedian, breaking the previous record set by Chris Rock who performed aged 19.

His performance was well received and soon afterwards the coordinators decided to feature him on XM Radio (now Sirius XM) and booked him on tours across North America. 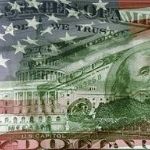 Expert predicts an announcement scheduled for November 5th, 2020, could have many Americans unloading their investments and running to the bank. With just one move, the most popular asset in America could suddenly be on its way to being illegal.

Click here to see how you can protect your family and wealth.

“Change My Mind” is an Internet meme that originated from a photograph of the American-Canadian Conservative podcaster seated outside the Texas Christian University with a sign that read “Male Privilege is a Myth / Change My Mind.”

Since its upload via Crowder’s Twitter account in February 2018, the photograph quickly turned into a popular template for online parodies, receiving more than 900 retweets and 6,400 likes in four days.

The picture was a part of Crowder’s podcast and YouTube in which he attempts to engage with people with opposing viewpoints to convince him with their opinions and views.

>> What Is CNBC’s Becky Quick’s Net Worth?

Steven married Hilary in 2012. His brother Jordan is an actor, filmmaker and his mother Francine is a stylist and costume designer. 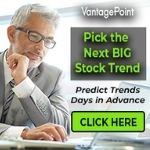 How to Pick the Next Big Stock Trend

Want to get in on stocks that are about to skyrocket?

Maximize your gains by getting in a trade before takeoff and riding it out before the downturn.

VantagePoint is offering a FREE live masterclass to demonstrate our advanced forecasting right in front of you.

Capitalize on potential profits now and reserve your seat today!