How Do I Buy Stock In Alphabet (GOOGL)?

by George Windsor Companies, Investing, Stocks
How Do I Buy Stock In Alphabet (GOOGL)?
George Windsor
2019-06-29

Alphabet is better known to most investors as Google. For virtually its entire operating history as a public company, Google held the dominant market share in search, but its name change offers insight into what else is to come from Google.

To better understand the prospects for Alphabet, we analyze its financial statements and valuation metrics.

To make a buy or sell decision on Alphabet stock, the financial statements offers insights into where the share price is headed.

Quantitative research gives you insights into the operating performance and financial trajectory for Alphabet, while qualitative research informs you of the competitive landscape as well as future opportunities and markets in which the company competes.

Despite venturing into lots of business verticals, search remains the primary revenue driver for Alphabet. And the key drivers of revenues are the number of clicks and cost-per-click, or CPC, trends.

Historically CPC figures have been volatile but revenues have steadily grown over time as the # of clicks has generally increased year over year.

As more content is produced and consumed in text and video form, more ads are served and Google is the go-to resource for YouTubers, bloggers, and publishers to monetize content.

By using a combination of valuation models, a fair value for Alphabet can be calculated.

For a company to sustain market beating returns, it needs to have a competitive advantage that is near impossible to disrupt.

Warren Buffett describes this competitive advantage as a moat, which can take many forms, including:

The moat Alphabet enjoys is its network effects and better technology. Millions of websites around the world serve Google ads, making it a tall order for any competitor to disrupt Alphabet.

Even if Alphabet lost a handful of customers who decided to switch to a competitor, millions of others would need to switch before a dent would be seen in its market share.

And its extensive network drives just one component of revenue. Every query in its search box displays ads, which when clicked lead to incremental revenue.

By establishing such dominant market share positions in utilities that consumers use daily, the hurdle for competitors is perilously high, and the future revenue and earnings growth for Alphabet is bright.

Alphabet stock price history has over long time periods sustained a long term bullish trend as its intrinsic value has risen with ever higher earnings and revenues.

In its early years, Alphabet – or Google – share price was volatile, swinging up and down by as much as 20% in just a few months.

As the company has matured and earnings have become more predictable, volatility has subsided somewhat but make no mistake about it, Alphabet share price can surprise from time to time in a big way.

The decision to buy and hold Alphabet is as much a personal one about withstanding the rollercoaster ride of share price fluctuations as it is about the fundamentals.

Examining a 10 year Alphabet stock chart, you can see the price swings over time can be large in both directions but equally the indisputable long term trend has been higher.

>> Related: Discover How To Research Stocks 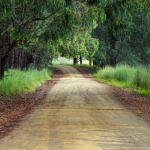 Top 5 "Blood in the Street" Opportunities to Consider Now

The coronavirus fear in the market is palpable. And we may very well see further chaos for another few weeks. But this too shall pass. Once it does, investors will flock to some of the most beaten-down opportunities on the market, including these five top stocks.

Even Warren Buffett had to admit the business model enjoyed by Alphabet is enviable – each additional click after covering costs leads to ever higher profits and profit margins.

Although Bing has slowly crept up on Google Search, the dominant market share by far is held by Google. The Bing Network counts over 500 million unique searches worldwide but Google still holds a 63%+ market share position.

Where Alphabet shines is how well it converts revenues to earnings. After its fixed costs are covered, Alphabet enjoys incremental profits from each click, the primary revenue and earnings driver.

When companies are growing revenues fast as Alphabet has historically, price-to-earnings multiples can be lofty to reflect a share price premium and expectations for rapid earnings growth.

>> Related: What You Need To Know Before Selling A Stock

ROIC measures profitability and the value-creating potential of Alphabet after factoring in the amount of capital invested.

ROIC or return on invested capital assesses the return that an investment generates for shareholders and bondholders. It is one of the most closely watched financial metrics by fundamental investors managing large sums of money.

Alphabet has sustained a double-digit % ROIC which infers that it is doing an excellent job creating value.

>> Related: What Are The Best Value Stocks? 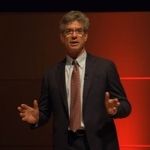 It trades under a secret name...for just $3.

But thanks to a developing situation involving Donald Trump, America's No. 1 tech company and $10 billion...this may soon be the most talked-about stock in America.

Find out more about the "secret stock" here.

Technology companies often have low debt to capital levels and Alphabet is no different. Unlike companies laden with debt who suffer in high interest rate environments from higher loan repayments, Alphabet is not anchored by a heavy debt load.

High debt levels can be a problem for companies, especially after a Fed rate hike when saddled with variable rate loans.

Alphabet has no such issues with minuscule debt to total capital percentage levels.

Bondholders and shareholders demand a yield to satisfy them. Generally bondholders require smaller yields than shareholders, who take on more risk.

The weighted average cost of capital, or WACC, provides insight into whether the levels demanded by these stakeholders are met.

Below you can see an example of 5 year DCF Revenue Exit model for Alphabet:

Have you invested in Google stock historically or Alphabet stock more recently? What investing lessons have you learned? Share your investing stories with us in the comments section below. We would love to hear from you.

>> When Will The Stock Market Crash? 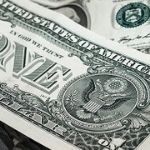 The One Chart Pattern You Need to Retire

Rob Booker calls Markay Latimer the greatest stock picker he has ever met, and in this presentation, you'll learn why. She used one chart pattern to build her initial account from $2k to over $2M in just over two years! She calls it the "retirement pattern," and you'll see exactly why in this exclusive replay.