by George Windsor Companies, Investing, Stocks, Technology
How Do I Buy Stock In Twitter?
George Windsor
2019-06-29

In 2006, Jack Dorsey, Evan Williams, Biz Stone, and Noah Glass, created the news and social networking site, Twitter. Since its IPO in September, 2013, Twitter (TWTR) stock has seen its fair share of highs and lows. But where is Twitter headed next? Is it an undervalued stock or an overvalued stock?

The PE Ratio for Twitter is elevated suggesting that, over the long term, the share price will normalize to reflect the lower general market’s PE ratio, or the earnings will increase to come in line more with the broader stock market’s PE ratio.

The P/E Ratio for the stock market long-term has averaged about 16x, which means the general market trades at a price of about 16 times its earnings. A simple way to think about P/E ratio is to take its reciprocal and turn it into a percentage. This translates the less intuitive P/E ratio to an intuitive annual yield. For example, if the average P/E of the market is 16x then 1/16th equates to an annual yield of 6.25%. Obviously it depends on the time frame when the comparison is made but this gives you a rough estimate.

A company trading with a P/E ratio higher than the market can continue trading with an elevated P/E ratio for an extended time period. But eventually either the earnings must grow to normalize with the general market’s P/E or the share price will fall. For Twitter, an elevated P/E ratio above market norms suggests that the earnings for Twitter must grow over time otherwise the share price is in jeopardy of declining.

The likelihood of earnings per share increasing over time is predicated on either lower expenses at Twitter Inc or higher revenues, which are preferred. If revenues are increasing, and costs don’t increase at the same pace, TWTR earnings are likely to grow over time.

Sometimes, revenue growth can be augmented when a company takes on debt capital. But the debt comes at a cost of ongoing interest and principal charges. Still, changes to the capital structure resulting from debt can boost returns.

A company with excessive debt should be approached with caution while a Debt to Total Capital ratio of zero can be a positive indicator for the company’s long term financial health.

Return on Invested Capital, or ROIC, is a measure of the potential a company has to create value after factoring in the initial capital invested. ROIC is perhaps the most important measure that value investors focus upon when examining a company.

Another popular valuation metric used to measure the value of a company is EV/EBITDA. It is frequently used as a replacement for P/E ratio or sometimes in combination with it to determine the fair market value of a company. 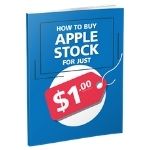 Examining other valuation multiples for Twitter provides a summary fair value estimate. These multiples  include:

The average of these models is shown in the Fair Value estimate below:

Based on these models, a fair value estimate for Twitter is displayed to show how far away the share price is from the valuation projection based on the models.

For value aficionados, the weighted average cost of capital, or WACC, selected beta, cost of equity and tax rate for Twitter are displayed in a summary card below:

The author has no position in any stocks mentioned. Investormint does not own or recommend any stocks.

>> What Are The Best Stocks To Buy?

>> Find Out How To Get Rich The Conor McGregor Way

>> Discover How to Diversify Your Portfolio Intelligently