How To Become An UberEATS Driver

Are you interested in delivering with Uber EATS? Want to earn extra money day or night when you need it? Now you can become an Uber EATS driver or delivery partner and earn on your own schedule while getting paid weekly.

The Uber EATS food delivery service has grown so popular that it is now available in over 100 cities in North America and growing every month. And all that pent-up demand from customers for tasty food means opportunities for you to make extra cash as an Uber EATS driver.

What Is Uber EATS?

Uber EATS is an online and app based food delivery service available in over 100 North American cities and growing every month.

The app connects customers to a wide variety of food options. In San Francisco, we found a vast assortment of food options catering to a variety worldly tastes, including:

It sounds delicious, but you’re here to earn extra money when you need it, day or night. So how do you become an Uber EATS driver and what are the sign up requirements? 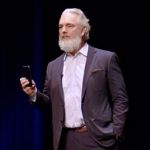 This device will be in every one of the more than 3 billion new smartphones that will need to be upgraded to 5G-enabled devices...

You’ll quickly discover lots of perks to becoming an Uber EATS delivery partner. First, you make your own schedule so you can work when you want as often as you want.

You also enjoy flexible earnings working Uber EATS jobs. Some people deliver with Uber because they want to support their families while others use earnings to pay for school, college tuition, or even a wedding. Some even sign up as Uber EATS delivery partners to save money to start a business.

As you will see below, you can even deliver by bike in some cities so signing up with Uber EATS could provide a way to get more exercise!

Whatever your reason for signing up, you will find the application process is simple and the background check approval process is fast.

But you will need to pass certain requirements to become a delivery partner with Uber EATS.

As an Uber EATS delivery partner, you have three primary choices to deliver:

The Uber EATS driver requirements to deliver with a car stipulate that you must be at least 19 years old, have a 2-door or 4-door car made after 1997, a valid driver’s license and vehicle insurance, plus have at least one year of driving experience.

You must also be at least 19 years of age to deliver by scooter, which can be any make or model 2-wheel scooter as long as it has a motor of 50cc or less and travels no faster than 30mph.

To deliver by bike, you will need to be at least 19 years old and have a state-issued ID.

Be sure to select ‘Biking’ under the transportation method when signing up.

The permitted vehicles for delivery vary by city, so you will need to double check when applying to see which ones are allowed in your city. For example, you could google “Uber EATS bicycle NYC” to check if bike delivery is available in New York City.

How Much Money Can You Make Delivering With Uber?

Let’s get to the dollars and cents, what is Uber EATS driver pay, bicycle pay or scooter pay? If you own a car you are probably wondering how much do Uber EATS drivers make?

Although the amount will vary based on your own schedule, the great thing is that your earnings are instantly available to you. You don’t have to wait for a weekly payment.

You can get your earnings when you want them and cash out with Instant Pay up to 5 times daily.

As a U.S. driver, you can use Instant Pay once you complete your first trip. The only thing you need is a debit card.

Imagine getting really good at mastering just ONE simple trade. A trade that appears like clockwork between 9:30-10:45am on most trading days. This free step-by-step guide, by options expert, Dave Acquino, shows you how to spot and take these trades so you can walk away with daily profits!

How Does Uber EATS Work As A Delivery Partner?

Use the Uber EATS driver app download, sign up to deliver, consent to a safety screening, and upload the required documents.

Once you are notified that you are active, you can begin to accept delivery requests.

To begin accepting delivery requests, you will need to accept the delivery terms.

And you can turn delivery on or off as you wish.

When a customer completes an order, your phone dings shortly thereafter notifying you of a request for a food delivery. It’s time to start making money!

Hop on your bike or scooter, or jump into your car and head to the restaurant where you can pick up the order and travel to the customer’s address.

You can use the Uber app as your guide to reach the customer’s address and deliver the order to the hungry customer with a smile!

And finally to the best part: making money. Simply tap and you instantly transfer money from that trip into your bank account.

Can I deliver on my own schedule?

Yes, you can deliver day or night for however long you like.

Do I have to deliver by car?

Depending on your city, you may be able to deliver food with your car, bike, or scooter.

What should I do if I am not familiar with the customer’s area?

The Uber Partner app gives you optional turn-by-turn navigation to every destination, so you know where you’re headed and how to get there.

Do I have to make a certain number of deliveries?

No, once you finish a delivery you can take the next request, or sign off for a few hours or for the rest of the day. It’s totally up to you how many deliveries you make.

Can I receive tips?

You are eligible to receive tips from eaters through the app.

In what cities is Uber EATS available?

As of the time of our research, Uber EATS was available in the following cities but if history is anything to by the number will keep growing:

In what cities is Uber EATS Canada available?

Dan Park, the General Manager of Uber EATS Canada, stated that “we want to enable a new kind of ordering in, where everything from sushi to poutine can be delivered to your doorstep” – no longer are pizza and Chinese deliveries the only options for customers because the Uber EATS menu is full of variety! 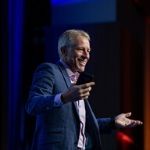 The next big tech trend that could explode in today's new economy is coming to your hometown - which could make you a small fortune over the next few years.

Go here to get the top pick free.